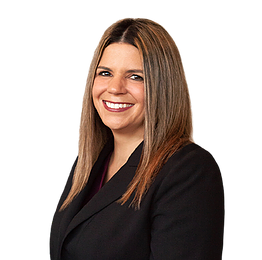 Melissa Barry grew up in a small town in Northeastern Ohio. All her life, Melissa knew that she was going to be practicing law. She worked diligently to do so. Melissa obtained her undergraduate degree from the University of Nevada, Las Vegas in Criminal Justice and then returned near her hometown to attend law school at the University of Akron. While attending law school, Melissa worked as a teacher's aide doing research and comparing felony murder statutes in various states. Melissa was also involved in a clinical program where she represented clients charged with misdemeanor offenses in Summit County through the Legal Defender's Office. After the time for the clinical expired, Melissa was employed as an intern continuing to represent misdemeanor clients.

After taking the Arizona bar exam, Melissa became a Deputy County Attorney with the Mohave County Attorney's Office. While working in that capacity, she handled misdemeanor prosecutions, juvenile prosecutions and felony prosecutions. This allowed Melissa to continue conducting bench trials and jury trials. Melissa did not have a jury trial during her time there where a defendant was acquitted of all charges, winning all of her trials. While handling a variety of felony cases, Melissa supervised misdemeanor attorneys. Melissa was trained extensively in DUI and DV prosecution and engaged in additional training every year covering a variety of topics.

After prosecuting, Melissa realized her passion for working in the private sector protecting the rights and liberties of people involved in both criminal and civil litigation. While practicing criminal defense, Melissa conducted more jury trials and continued with an excellent record. She is excited to help you keep your rights protected.

Since venturing into private representation of clients Melissa has mainly focused on criminal defense and family law. She is empathetic and understanding as to not add additional stress to an already intimidating time.

Melissa's criminal experience has made her an excellent trial attorney and she is able to help people outside of the criminal law to protect their rights, help with both tumultuous and peaceful divorces, and help you fight for custody of your child and child support while helping you feel at ease. Call today and she will be happy to help you with your legal concerns.

Thank you for contacting us. We will get back to you shortly.

Please complete all required fields below.

At Ease Law Is Here for You

At At Ease Law, we focus on Criminal Defense, Expungement, Record Sealing, Estate Planning, Personal Injury, Family Law, Traffic Tickets, Bankruptcy and Other Civil Litigation and we are here to listen to you and help you navigate the legal system.

At Ease Law is committed to answering your questions about law issues in Las Vegas, Nevada.

We'll gladly discuss your case with you at your convenience. Contact us today to schedule an appointment.